In case you weren't aware, Labor Day is more than just a day of the year where many businesses let their workers take the day off. This is a day of remembrance of sorts. Labor Day (generally celebrated on the first Monday of September) originates with the labor movement back in the 19th Century. Labor Day became an official Federal holiday in 1894. While it is unclear to whom credit of the holiday should be awarded to, this holiday was and is an important staple in the workforce of America. 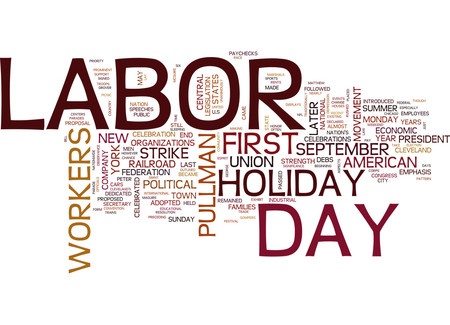 It wasn't long after the first Labor Day, that other states jumped on board. By the time 1894 rolled around, 23 states had already adopted Labor Day. It was signed into being a federal holiday by President Grover Cleveland on June 28, just in time to be celebrated by all of America on September 8th. If you want to learn more about Labor Day, click here.